​​​​WHAT IS THE Morehouse College Alumni Association (MCAA)?

for graduates of Morehouse College.

The MCAA represents more than 17,000 alumni nationwide who have graduated from Morehouse College and is dedicated to fostering the values and ideals of Morehouse College through community service, fundraising, education and recruiting.  The Detroit Chapter of the Morehouse College Alumni Association (DMCAA) was founded on June 19th, 1954 and represents approximately 400 members throughout the state of Michigan.


WHO ARE OUR ALUMNI?


WHAT IS OUR BUYING POWER?

Locally, we have more than 400 alumni who occupy prestigious positions from fortune 500 executives, doctors, lawyers and entrepreneurs to leaders in local government and community organizations.  The estimated earning/spending potential for alumni within the state of Michigan is approximately $24 million annually based on an approximate median income of $60,000.

​Morehouse Alumni are active in their communities and carry the legacy of the college founders.  We encourage excellence through education and a commitment to personal achievement and community engagement. In 2014, we formed an alliance with “Boys To Men” Program, a school based mentoring program focused on getting young men between the 8th and 12th grades to and through college or some equivalent. This is part of a broader DMCAA program called the Illumination Initiative which is geared at leveraging the power of the alumni network and resources to expose young men to various careers and academic experiences.  The Morehouse Alumni STEM Outreach Program (MASOP) is the first sub group of the Illumination Initiative which is focused on Science, Technology, Engineering and Math.

among Historical Black Colleges. The Alumni Association was organized in 1900,

and the first national president was elected in 1904. The Association is currently divided into

nine regions, each of which is served by a Regional Vice President.

When the seeds were planted for Morehouse College in 1867, it was the beginning of a movement that would change the landscape of America. Over the years, Morehouse has borne fruit worthy of the efforts of its founders and its most prized gift to the world – its alumni.

Nearly 40 years after the founding of the College, a group of graduates met to organize an alumni society. They adopted a constitution, officers were elected and the Morehouse College Alumni Association was born. Today, the Association connects Morehouse alumni worldwide who gather together through community service projects, networking opportunities and leisure activities. The Association also funds scholarships and fellowships for outstanding Morehouse students and provides assistance to many campus programs. 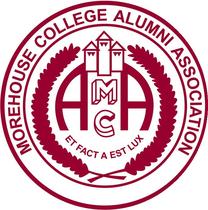 Approximately 600 Alumni reside in the state of Michigan

We also build alliances with like-minded organizations committed to education and that represent a potential Morehouse College pipeline.

George W. Crockett, Jr. '31*,  Attorney, jurist, and congressman from the U.S. State of Michigan. He also served a national vice-president of the National Lawyers Guild and co-founded what is believed to be the first racially integrated law firm in the United States.

Dr. Arthur L. Johnson '48*,  Executive Secretary of the Detroit Branch of the NAACP and is credited with ending discrimination against black doctors in Detroit, thus planting the seed for the annual NAACP fight for Freedom Fund Dinner, held at Cobo Center. Also, he was one of the first black Detroiters to hold high office in the public school system as deputy superintendent for school community relations. 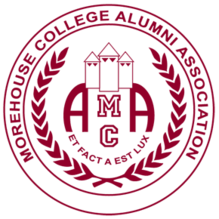